Why You Should Pursue A Career in Blockchain 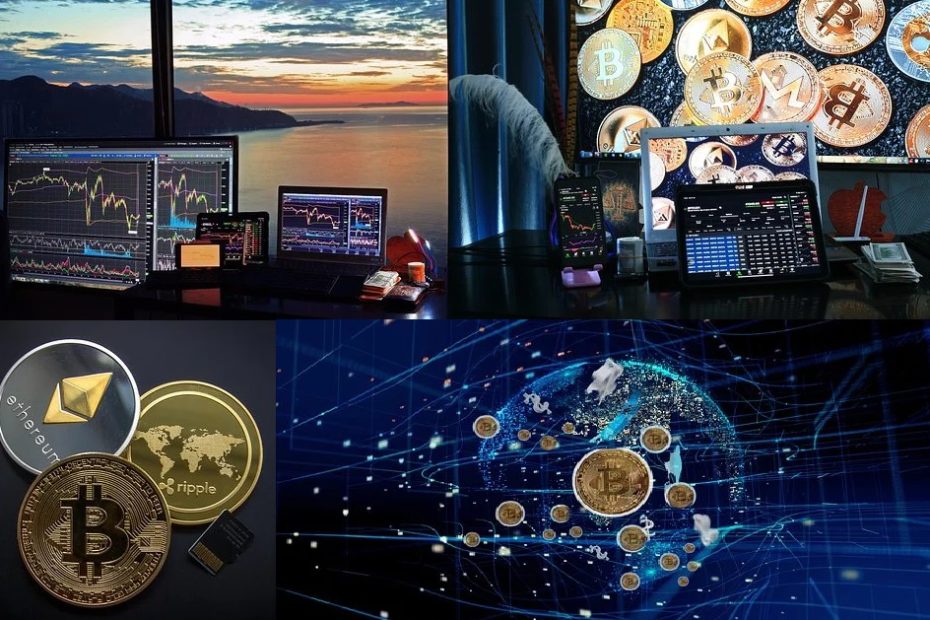 Want to become a blockchain developer and don’t know where to start? Wondering how long it takes to find a first job in a crypto box?

This post is for you whether you are an absolute beginner in code or already a confirmed developer!

Blockchain is by far one of the best industries for developers in 2021 for a number of reasons:

It is one of the highest paid skills in computer science

It is a booming industry that offers many exciting projects

Let’s start now to understand why knowing how to code in the crypto world is such a skill in demand.

Most blockchains are public which means that we can go back in time and observe the different transactions from the first block (Genesis block). For example, if we used the blockchain to vote, we could verify that our ballot was taken into account.

Obviously this would mean that other people also have access to this information but they will not be able to search your name in the blockchain to see who you voted for, all this information would be encrypted.

The blockchain makes it possible to operate with agents who do not need to trust each other because the transactions are validated by the community.

Where on a centralized application, people who have certain additional rights could abuse the system and give themselves points or money with their administrator access, the blockchain prevents any kind of abuse.

All the computers that validate the network must agree on the transactions and if a fraudulent transaction appeared, they would reject it or at worst, clone the blockchain to start again from the block preceding the transaction that we want to reject (like this was the case for Ethereum and Ethereum Classic).

The use cases of blockchain are always more numerous and large companies have understood this well. In 2021, it is no longer just banks and the financial world that are interested in blockchain.

Here are a few examples:

Decentralized Finance or DeFi is a set of decentralized applications that provide access to financial products such as loans, savings and the exchange of goods such as other tokens or NFTs.

DeFi aims to replace current finance. Here are some of the DeFi projects, you can find more on the DeFi Pulse site which lists the most popular DeFi projects of the moment .

Compound allows you to deposit cryptocurrency tokens ERC20 and earn interest rates on them. The decentralized application provides access to cryptocurrency loans. The Dapp works with Smart Contracts and which lives on the Ethereum blockchain.

Uniswap is a Liquidity Provider, a decentralized marketplace on which you can exchange or “swap” ERC20 tokens, offer liquidity to earn money. Uniswap also has its own token (Uniswap, UNI).

Money is a mobile application that allows you to invest your crypto-currencies in protocols like Compound or Maker to obtain interest. With, you can buy tokens with Google Pay or Apple Pay directly or exchange ERC20 tokens with UniSwap.

Supply Chain or supply chain system involves tracking the movement of goods or services from one source to an end user. The goal is to use the blockchain to have more transparency and to ensure the origin of a product or service.

In the healthcare sector, blockchain can be used to take into account medical histories, validate the identity of patients and drugs. We could therefore have access to patient files in an anonymous and decentralized manner.

The sovereignty of identity

To prove our identity, we currently depend on a third party such as the government or a company that stores our information somewhere on a centralized server. The blockchain makes it possible to anonymously and securely list the identity of a person to connect to sites for example but also his diplomas, real estate, his birth certificate etc.

What are blockchain developers doing?

Core developers build a blockchain in itself: they create the protocols, foundations and back-end that will run decentralized applications. Examples of these developers are the core bitcoin team or Vitalik Buterin .

Dapps developers create Dapps, the web and mobile interfaces with which users interact. When we talk about a blockchain developer, it is more common for this kind of developer to be talked about.

Developers of decentralized applications use programming languages ​​like Solidity and Java script.

Depending on your skills and your will, there are several paths you can take to start your blockchain career in 2021.

You might be new to computer programming, then it will be easier to have a plan with intermediate steps to get to your goal.

If, on the contrary, you already know how to code in one or more languages, you can use your current knowledge to start playing with blockchain technologies.

Becoming a Blockchain developer when you have no skills or experience in IT or in the crypto world can be complicated. A mountain stands in front of you but no worries, you just have to put one foot in front of the other and then start again.

Before getting into blockchain programming, you will need to understand some blockchain concepts and then practice with easier programming languages.

How long does it take to become a blockchain developer?

For an experienced developer, it will take 1-6 months. For an absolute beginner, it will take 6 months to 1 year instead. The answer to this question depends of course on your programming experience and the time you are prepared to devote to your learning.

Which blockchain to choose?

If you are interested in blockchain and the world of cryptocurrencies, you are surely familiar with the two most popular crypto: Bitcoin and Ethereum.

You can start form these platforms since they are easy to use and also to master.