Why You Should Not Join a Ponzi Scheme 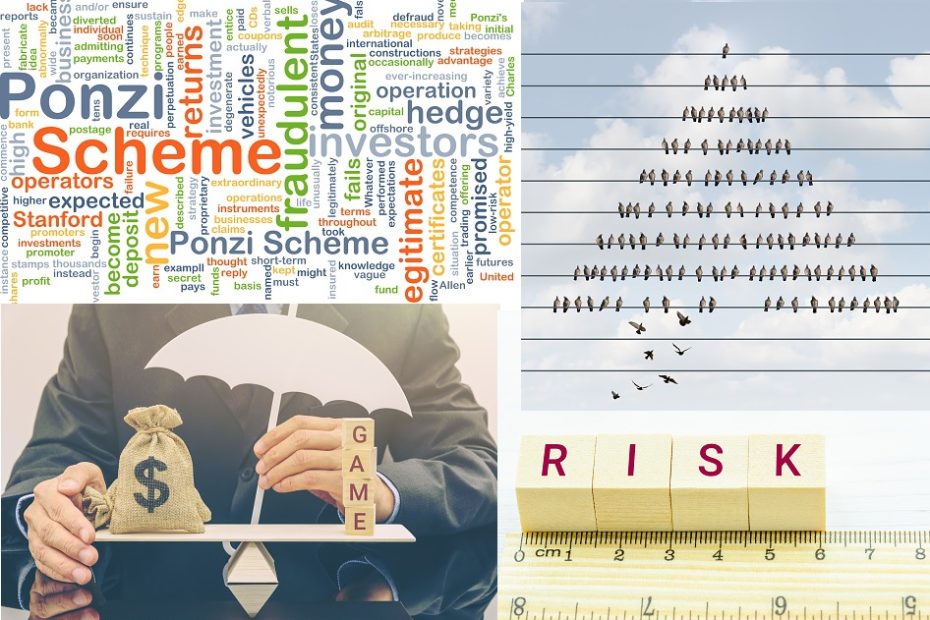 A ponzi scheme is a pyramid system. Named after its inventor in 1920, it is a multi level marketing scheme based on giving of no value. The creators of the pyramid system lure members and promise sometimes ridiculous amounts on returns based on the number of new entrants they recruit.

The entrants in turn would there recruits  enough new entrants, and the last entrants in the pyramid lose all or almost everything.

Indeed, this system consists in paying the remuneration of the investors by taking the money brought by the newcomers. There is therefore no real investment, the money of the new ones makes it possible to pay the old ones!

After a while, there aren’t enough newcomers to pay the old ones, and the whole pyramid collapses. That’s the basics of a ponzi scheme.

You are no doubt familiar with MMM. The “brilliant con artist” Mavrod scammed thousands of customers for tens of billions of Naira. With his miraculous investment fund, constantly rising every year (which is impossible in the financial markets, there are always ups and downs), he has managed to swindle the biggest in this world. In reality, clients’ money was not always invested: it was also used to pay former clients.

Mavrodi was unmasked in 2016, in the midst of the financial crisis, when there were not enough new clients to support the entire pyramid.

Most incredible is that the Ponzi scheme continues to wreak havoc due to people’s naivety and / or greed. And it’s not unique to Nigeria.

New pyramid scams are created every year and people are flocking to them. International ponzi’s include the recent affair of “  circles of abundance  ” in the Netherlands. It was a barely concealed Ponzi scheme, just the name that smacks of cult and scam should have scared away wise people.

Likewise with the “Get Easy” Ponzi scheme which promised 300% profitability! Get Easy claimed 300,000 victims worldwide, including 40,000 in France.

How to recognize a Ponzi scheme?

Several elements make it possible to recognize a Ponzi scheme. There are red flags that flutters everywhere around it.

In the stock market, for example, we can expect to obtain a smoothed annual return of 7% over the long term, but with ups and downs and nothing is guaranteed. So when you are promised as much or more on the guaranteed, it is simply impossible and you have to flee.

1. The promise of oddly high returns.

2. A volatility and very limited risk of the investment.

3. Lack of transparency or confused explanations of these financial strategies.

4. The difficulty in withdrawing the money placed earlier than expected.

Why You Should Not Join A Ponzi

A general definition of the pyramid system could be: ” an unsustainable system which lures its victims with promises of wealth “.

Pyramid systems can take many forms.

In general, a pyramid scheme works as follows:

A person creates a virtual product or service. Then, through promises of future profits , that person enrolls members into their network .

To become a member, these people will have to pay an entry fee . These fees can be considered as registration fees, entry fees, product price, etc.

Once these people are part of the system, it is their turn to encourage new prospects to join the system, usually from their own network.

Your entourage is your first target : whether it is to sell your products or find new members, it is the people around you that you turn to first.

The problem is the unease it will create in those around you when the scam comes to light.

It’s not easy money : make no mistake about it. To make money in MLM systems, you have to sell their products and bring new members into the network. Otherwise, you’re out of luck.

The success stories that we tell you are not all true : in order to have new members, there are followers of MLM networks who are ready to design false testimonials about their alleged successes. Stop the deception!

Finding new members is not an easy game: two reasons are at the base. Success is not certain and adhering to it costs a fortune.

The gains are not as great as you are promised : during the presentations of these networks to the general public, we show how in a period of time we will start to ride a coach, afford a house, etc. In short, stories that are only true in theory.

The costs you bear

Some of the costs to consider include:

This is what you would earn if you invested your money in a business other than the MLM you joined.

This is the amount of expenses you incur to run your business. For example, purchase of telephone call credits, pay for transport to find customers or people to join the network.

Although it is difficult to advise a person with a spirit haunted by the spirit to get ripped off, but let me remind you of one thing: you don’t measure the depth of a river by already putting your two feet in it.

Investing all your money in an MLM business is the worst mistake you can make because it is a leap into the void and the fall could be fatal!

previousHow Facebook is Monitoring Your Activities in Your Phone and How You Can Stop It(Video)
nextHOW TO DETECT AND TREAT CATARACT
error: Content is protected !!