How To Understand Tennis 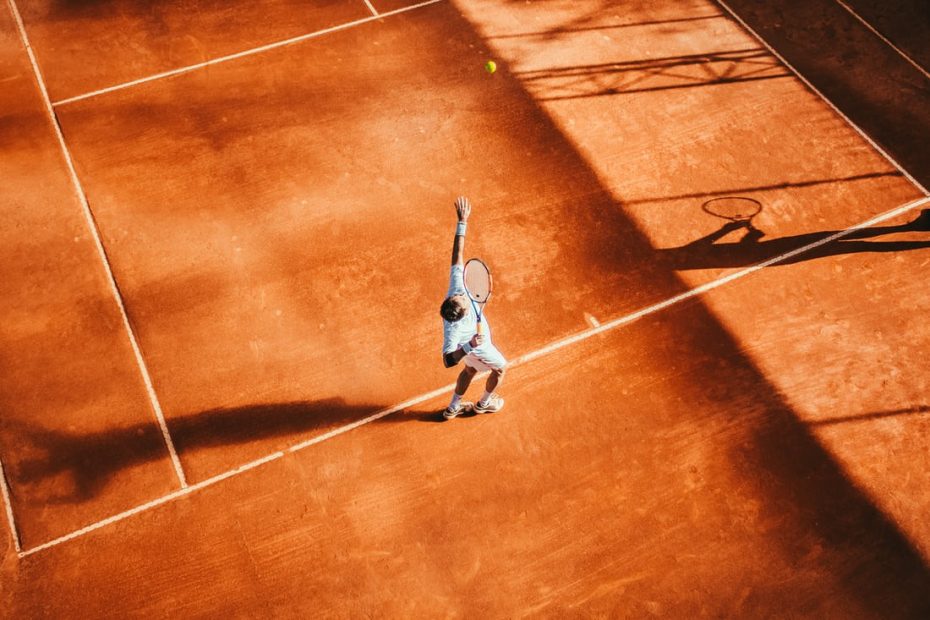 After football (the one Americans call Soccer) my second best sport, one which I enjoy watching so much is Tennis. My love for it started a time when I bought a phone, a Sony Ericsson K750 which happened to have an in phone tennis game.

It was from this game that I learnt the rules of tennis and the strategies and skills needed to win. Talk of the power of technology. As I write I know all the terminologies associated with tennis and I can close both my eyes to explain to you.

Nobody knows exactly where Tennis originated from but it was popular with the French and The English in the middle ages. The idea that it was invented in France in the 12th century has been discredited as a misconception. However for the first few centuries the game was played using bare palms. Rackets came much more later.

The word “tennis” came from the Anglo Saxon word Tenez which translates as “take” or “receive” in demonstration of how the ball would be served at the start of the game.

Due to the fact it was played on a grassy lawn, it was usually called lawn tennis. Lawn tennis and tennis are used interchangeably until tennis moved to other surfaces.

As at today, tennis is played across four surfaces; hard court, grass, clay and synthetic.

The Rules Of Tennis

The rules governing modern tennis are determined by the ITF (International Tennis Federation) and are revised from time to time. The ITF is the World governing body and it is has its headquarters in London, United Kingdom. The ITF responsible for crafting the rules of tennis.

Before we analyze the rules of tennis, let’s get ourselves familiar with some terminologies and equipment needed.

This is the area which tennis is played. It can be hard, (concrete), grass, synthetic or clay. It is usually rectangular.

This is the wire meshed bat used to play the ball. There are different types of rackets and you should choose one according to your skill or power.

The tennis ball is made of wool filled with pressurised air. It is usually lemon green.

Flat soled shoes with a good grip as well as a good slide. It should be light for easy movement of the player.

To play effective tennis, you must wear light cloths.

There are special made bags to carry your rackets around.

Since tennis is played under direct sunlight, you might need sunscreens. Since you don’t move about like games like football or hockey, the sun can be pretty wicked.

To carry water for cooling down and the towel for wiping off sweat.

This is the start of the game when a player strick the ball to the other. Service are taking in turns and the first to play is determined by a coin toss.

A fault is committed if the tennis player doesn’t follow the rules of service. Whenever a player is serving, he should make sure the ball lands in the service box of the opponents half of court. The Umpire calls “fault” if it doesn’t. One fault results in the player taking the serve again, two faults awards points to the opponent.

When a service is not stopped by the opponent and a point is won, that’s an ace.

Four points (without the hurdles of deuces) fetches one game.

Six games makes one set. The first ayer to accumulate six games is awarded the set.

An accumulation of three sets (males) and two sets (females) wins the match.

A score of “zero” is called love in tennis.

An umpire is a person who enforces the rules on court.

Tennis can be played in between two (singles) or four (doubles) people. So it is an individual as well as a team sport.

The game is stated by a player “serving” to the other. Through out that game the server maintains his position.

When the balls bounces off a player’s half of court without him returning it, his opponent gets a point. The first one to get to four points claims the game.

If the game is tied however at 40-40 (that is three point a piece), the game is said to be in “deuces”. Whoever must win the game now must win two more games consecutively. The first he will have an advantage over his opponent (written as A-40), the other he claims the set. If however the other player wins the next point, the game returns to deuce. The process goes on until someone wins two in a row.

Claiming six games wins you a set. If however the games are at 5-5 and a players wins the next game, the set will continue. In tennis, it is not possible to win by one margin except in a tie break. The game will continue to a 7-5 score or a 6-6. At 6-6, the games goes into a tie break.

A player can “retire” if he or she is injured during the match. The match is canceled and victory is awarded to his opponent.

There are no time limits for tennis play, the game only ends when a player wins the number of sets to win the match.

As I write, Roger Federer, a Swiss and Rafael Nadal, a Spaniard are the most decorated players of all time in the men’s category with 20 Grand slams each. These are the Messi and Ronaldo of Tennis. Novak Djokovic, a Serbian, has 18 titles.

For the female category, Serena Williams tops the list with 23 trophies. She is followed by Steffi Graf with 22. Martina Navratilova and Chris Evert are both tied at 18.

Tennis is a game of fun and excitement and make an habit of following it. Wish you all the best.