How To Take Care After A Caesarean Section (CS) 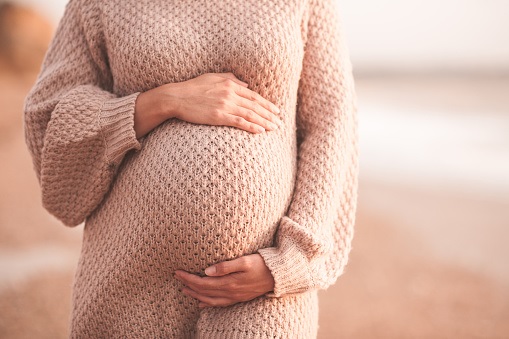 How To Take Care After A CS.

The reasons for this increase?

Obstetrics is currently advocating more preventive measures aimed at reducing the risk of fetal distress during labour, the increasing number of “risky deliveries” due to the rise in the average age of mothers and twin births, the pressure medico-legal practice on obstetricians.

Epidural analgesia has replaced general anesthesia for most procedures, except in emergencies or when epidurals are contraindicated.

The positive consequences of this anesthesia? They are psychological: the young mother is awake and can therefore welcome her baby.

If the caesarean section is scheduled, she can mentally prepare for it and is less likely to have the impression of “missing her delivery”.

The advantages are also physical: the epidural makes it possible to avoid the painful awakening of a general anesthesia (nausea, state of confusion and agitation, chills). The young mother is generally less tired and her body recovers faster.

The hours following a caesarean section
On returning to her room, the young mother will keep several pipes in her body: the epidural catheter (to provide a light epidural for 24 to 48 hours), an infusion (to feed and hydrate the young mother and also inject painkillers or antibiotics), a urinary catheter and a drain (or “redon”).

During the first 4 days following the caesarean section, women notice significant bleeding, generally more abundant than after a vaginal delivery.

It is normal to impregnate 5 or 6 special “after-bed” fillings in the first 24 hours. Just as it is normal to have discharge for 4-6 weeks.

Do not hesitate to ask your anesthetist or doctor about the possibility of using another type of painkiller.

How to get into bed? It’s tempting to stay half-seated, wedged into several cushions, knees up to avoid pulling on the stitches.

However, this position is very bad for the back and blocks blood circulation in the lower abdomen. It is best to lie more flat with only one knee bent, foot flat on the mattress.

As you switch legs, extend the bent leg, letting the foot glide over the sheet while exhaling, then bring the other leg back to the bent position, bending in the groin, as if pulling on a string tied below the knee . It is important to strain the belly and the kidneys as little as possible.

To sit up in bed, bring both knees in toward your chest, then roll straight to your side. With your knees tucked as high as possible, push through your arms to straighten up to a seated position.

Tip: tie a rope or simply the belt of your bathrobe at the bottom of the bed. This will allow you to gradually rise (like a mountaineer) from a lying position to a sitting position.

Cesarean: 24 hours after the procedure
The first 24 hours following a caesarean section are rarely the most painful because most women are still on epidurals or receive painkillers in a drip.

The food is generally very light (tea and crackers the first day, broth the next day then first meal) because the intestinal transit is not restored. Its resumption is generally accompanied by gurgling and difficult to evacuate gases.

After giving birth, you will still feel contractions. These are the trenches : the uterus retracts to gradually return to its pre-pregnancy size (generally a fortnight after delivery).

They are also used to compress blood vessels to prevent bleeding. This mechanism lasts between 1 and 4 days, maximum one week, and are particularly strong the first two days.

Some tips to reduce the pain of the trenches: urinate frequently (especially before breastfeeding) because a full bladder will push the uterus backwards and prevent it from contracting properly.

As you will be bedridden for some time after your C-section, you may receive blood thinners in the days following the procedure in the form of subcutaneous injections.

Above all, you will be asked to get up within 24 hours of the cesarean section. Getting up for the first time is often painful.

From the day after the intervention, it is important to undertake breathing exercises in order to stimulate good irrigation of the lower abdomen, which is essential to accelerate the healing process of the scar.

The following exercises can be undertaken in bed, several times a day, from the first day after the procedure:

Sitting in bed with your legs stretched out, vigorously extending and flexing your tiptoes, alternating, then both feet together. Repeat 20 times.

Lying in bed, spread your legs and do 10 ankle rotations in one direction then in the other.

Lying in bed, press the back of your knee into the mattress, then release. Repeat 20 times. This exercise also works the thighs.

Lying in bed, bring both knees towards the chest (sliding the feet on the sheet to gently raise the legs), then roll up the pelvis by raising the buttocks. Hold this position for 4 seconds then release by sliding the legs again along the sheet).

After removing the sutures: Lying on your back, bring your knees towards your chest then let them fall together on one side and the other while “rolling” on your buttocks.

Most women complain of tightness and itching around the C-section scar. These are the different planes of the abdominal wall which, when they recover at different speeds, pull a little on each other.

On the other hand, the skin around the scar may seem desensitized.

During the maternity stay, the scar dressing will be changed every two days on average to allow the nurse or doctor to check that the healing process is going well. In some maternities , the wound is simply left in the air, without dressing.

If the wound looks very red, swollen, throbbing or oozing, an infection may have set in, especially if you have a fever over 38.5°C. Caesarean care most often solves the problem, but antibiotics are sometimes necessary.

previousHow Not To Raise A Spoilt Brat
nextHow To Raise Happy Children
error: Content is protected !!