How To Set Up The Right Learning Methods for Your Pets 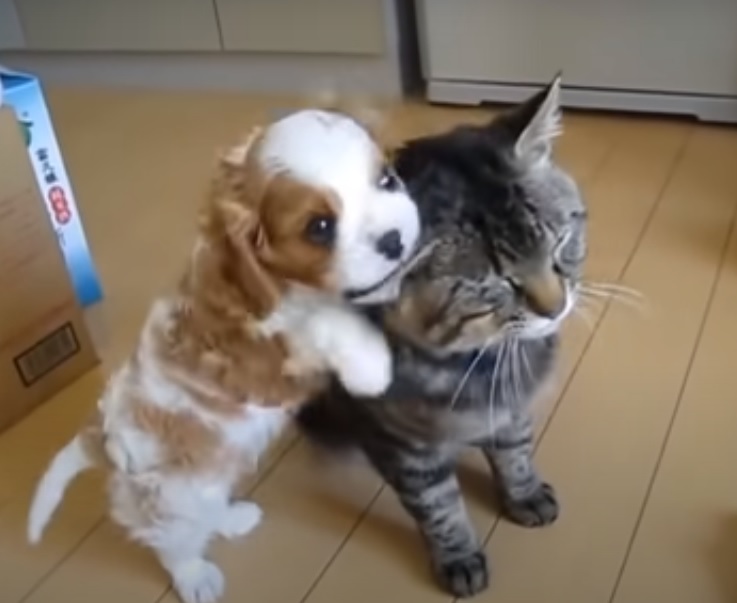 So you have finally bought a dog or a cat? Congratulations! In order to offer a happy life to your four-legged friend, your animal’s behavior must still be adapted to your home and to society.

How to set up the right learning methods?

Why educate your pet?

The dog and the cat are man’s commonest pests. For young and old alike, these pets bring happiness and affection. But without training, cohabitation can quickly turn into a nightmare.

A dog running around for a walk, barking constantly or an aggressive and runaway cat that relieves itself all over the house are behaviors that no master wants. However, this is what would happen without a minimum of learning.

For their well-being, our hairballs therefore need rules and a reassuring framework. These signals of trust are essential to develop good behavior in dogs and cats and to live with them in harmony.

Mastering an aggressive dog is first of all understanding the aggressiveness of the dog in question: why is he aggressive? What are the triggers? What situations breed aggression? To whom? Towards what?

Without the answers to these questions, there is no hope of mastering anything. If we do not put a minimum in the head of the dog, we will not be able to find the appropriate solutions to manage to calm him down.

To properly control your dog, the most important thing is to know him, observe him and learn to identify the situations that cause problems.

Animal behavior can be explained at two levels:

1. By its proximal causes

Studying the former consists in understanding the immediate reasons why an animal behaves in a way.

The proximal causes are therefore linked to the physiology of the animal (which notably influences its state of motivation), to its rhythms of life, to the stimulations and information provided by its environment as well as to its past experiences.

A researcher who is interested in the distal causes of a behavior then studies its function.

Indeed, like physical characteristics, behaviors are selected during evolution according to the adaptive advantages they provide.

However, animals are not necessarily aware of these benefits.

Prolactin – a hormone which, as its name suggests, stimulates lactation – is also the hormone of parental care which is observed not only in mammals but also in certain fish and birds.

It is particularly related tofeeding and brooding behavior. Oxytocin and vasopressin are sometimes called “attachment hormones”: they promote care for young people but also parent-young recognition, the bond between the two members of the couple and, more generally, individual recognition.

Stress- related hormones , such as adrenaline , enable the animal to adapt to emergency situations (through fight or flight) by increasing alertness, heart and respiratory rate, etc.

Hormones also act more generally by modulating behavior: an injection of male hormones into a ram (or, for that matter, a sheep) will make the animal more aggressive and less fearful.

However, the animal’s experience interacts with hormones: thus, a female parakeet having received an estrogen injection will visit the nest box more quickly if it has already reproduced; a neutered male rat will no longer have sexual activity unless he has had the experience of it. Finally, if the hormones in.

The physiological state of an animal obviously varies with its age but also according to its levels of hormones.

These substances influence behavior at many levels, mainly by varying the animal’s motivation to perform a particular behavior.

Perhaps most spectacular is the behaviourreproductive, especially in mammals , when the female, under the action of a peak of estrogens (which are, with progesterone, the main female sex hormones), becomes receptive and very attractive for males.

This receptivity can result in the search for males, solicitation postures for mating, the possible construction of a nest,the emission of particular odors or, again, in various species of monkeys, by a spectacular swelling of the genital area.

In males, the main sex hormone is testosterone. It stimulates interest in females, aggression towards other males, courtship displays and various secondary sexual characteristics such as singing in birds or the stickleback’s red belly.

The so-called female or male sex hormones generally exist in both sexes; it is the proportions that differ.

Generally antagonistic, their effects can sometimes complement each other: for example, the male dove, under the influence of testosterone, performs certain courtship movements (following the female by nodding his head).

But he can also court to the female by showing her the nest, the latter behavior being stimulated by a “female” hormone, estradiol.

By nature, dogs will always try to avoid a conflict rather than provoke it, so they send a multitude of signals to calm a situation.

If the person or the dog in front is not able to interpret them correctly, then there will be conflict. It is therefore essential to know how to speak dog.

For us humans, it is important to know the signals that can precede an aggression : rapid and repeated licking of the nose, growling, “smiling”, barking , etc.

But also all the signals that reflect discomfort : yawning, turning your head, stepping back, running away, etc.

For dogs, it is not necessarily innate to know how to speak dog. To teach a dog to speak dog, it must be socialized with balanced adult dogs from an early stage in their life.

So preventing aggression is as easy as understanding dogs signals so as to defuse the source before it gets out of hand.

previousRedefining Your Business In 2022
nextWhat To Do When Your Spouse Ignores You
error: Content is protected !!