HOW TO REDUCE GENDER INEQUALITY IN THE WORKPLACE IN NIGERIA

Over the years, gender inequality has plagued mankind. In those days, women were relegated to the background. In some tribes even, they were treated as second citizens. Even today, despite our supposed civilization, some tribes still refuse to share properties to their women folk like the Igbos. This inequality has transmitted to the workplace also.

A friend had a personal experience that wasn’t palatable. She applied for a job position, did well both in the oral and written text but guess what? She was denied that opportunity just for the singular reason that she was a woman and married at that hmmmmm! 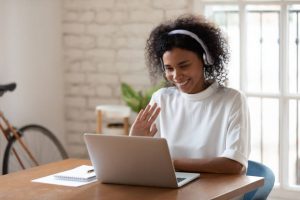 In our world today, despite claiming we are in the technological age, women are refused promotions in their work places and the positions given to men that are under qualified. What about government positions?  Some companies will refuse to employ a qualified woman because they are afraid she will get pregnant, in some others you even have to sign a contract to that effect stating that you won’t get pregnant for a stipulated duration.

WHAT WOMEN CAN DO

Women are so much more. They can multitask effectively, face pressure at both the home front and in the work place and still turn out with the best output. women don’t give up easily. They push through and pull through against all odds. There is a lot women do that they need to be given credit for. A woman can be a mother, a mentor, a boss all at the same time and function effectively on all levels.

THE POWER OF A WOMAN

A lot of women have faced rejections and have gone on to build their companies/ businesses and they have fared better beyond even their own expectations but this not withstanding, what is good for the geese is good for the gander. If a woman puts in all the work, she should be rewarded instead of being discriminated and meant to feel like a second citizen. Instead they should be lauded for a job well done. If she passed the job interview, give her the chance you would give her male counterpart.There is a popular saying,”don’t judge a book by its cover” Open the book, read it before giving your opinion not condemning it outrightly.

WHAT CAN BE DONE?

This is a clarion call to our leaders. They need to look into this while passing bills into law. This should be of paramount importance. We need to wake up and see this as an anomaly in the society and work towards effecting a change.

previousHow To Shop For Clothes On A Budget
nextHow To Succeed In A Job Interview
error: Content is protected !!