How to Prevent Siblings Rivalry in Your Kids 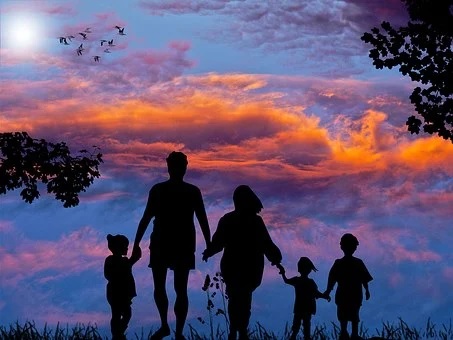 That we have the experience of once being a brother or sister should inform us about what to expect considering siblings rivalry. Yet once a parent, we ultimately feel unprepared for hostilities between our children.

Sometimes, even when we have been able to calculate an “optimal” age difference to avoid these inconveniences!

We talk about jealousy, arguments, conflicts, rivalries and even hatred, and it is completely normal to feel helpless in the face of these behaviors. Here is a small article to better understand these rivalries and have educational tools to accompany them.

Many parents are committed to forging a solid bond between their children that will stand the test of time. But how to manage rivalries, arguments and jealousies to optimize the happiness of being together?

In Nigeria, most families have at least three children. Creating a harmonious child relationship between their little ones is one of the dearest wishes of most parents.

And the objective that will resist proves to be all the more legitimate since the sibling relationship is often the one that lasts the longest in the life of a human being.

Although, we don’t have control over everything when it comes to sibling rivalries. We can play with the context and promote complicity, but we cannot force our children to get along. That said, concretely, how can we give ourselves the best chance of achieving this?

Ignoring the idea of the Ideal Family

Not only does the perfect family not exist, but, according to several experts, sibling rivalries can be beneficial. Fraternal arguments are a great learning experience in conflict resolution.

Bickering with your brother or sister thus allows you to build yourself up and better understand life in society. It’s a normal stage in the development of children.

Since certain characters are more compatible than others, harmony between brothers and sisters will be more natural or, on the contrary, will require more effort.

Relational dynamics can also change according to the stages of family life, for example on the occasion of a birth.

When the youngest arrives, the eldest is robbed of his parents’ exclusive attention, which requires adaptation and can lead to a certain rivalry.

What is the most common mistake made by parents? Over-intervention. As a parent, we tend to intervene to find a quick solution, when we should let the children experiment for themselves.

The ideal is to position yourself as a mediator, a facilitator. The parent is not there to resolve the conflict, but to guide the children through the steps leading to a solution.

He can help them identify the problem and brainstorm a solution together.

From there, we let the children fend for themselves to promote their autonomy and we invite them to come back to see us if they encounter a problem again.

What if siblings come to blows or insult each other?

We separate them immediately, without forgetting to come back to the fight once calm has returned. It is important to set the rules to be respected at home. And to say clearly that violence, verbal or physical, is not part of our values.

On this note, parents should remain vigilant, because many young people say they are bullied by their sibling several times a week, which puts them at twice the risk of other children. to later suffer from depression.

What parent has never fallen into the equality trap? The image of three children of different sizes trying to look over a fence illustrates its limitations.

The principle of equality would consist in giving everyone the same crate of apples as a base, but the smallest would still see nothing.

On the other hand, the principle of equity would aim to give each child a crate of the appropriate dimensions so that they all find themselves at the same height.

As a parent, we will tend to balance our support according to the needs of the child, which vary according to temperament, gender and level of development.

On the academic level, the psychologist believes that parents should congratulate the efforts made by each child according to his or her abilities.

We can thus reward a young person with a learning disability who has obtained 62% in a subject, without particularly emphasizing the 80% of his brother who has ease at school.

The important thing, is to explain this principle to our children, to defuse jealousy and nurture the relationship of trust with them, while remaining attentive to everyone to reduce rivalry.

Each child needs to find his place, his particularities. Let’s not forget that before belonging to a family, our little ones have individual needs to meet.

We advise parents to spend time with everyone, in order to give them optimal quality of attention and fill their emotional reservoir.

Nine out of ten undesirable behaviors are motivated by attention seeking. Responding to them reduces conflict and makes children more independent.

It is true that some personalities go more naturally towards each other or that they have more common interests.

However, as parents, our duty is to love all our children in the same way, whereas as human beings, our reality is that we can have more affinity with one of them.

Can we only appreciate by sport when son is passionate about music?

We attend his guitar concerts, take him to hockey games and make sure to watch the World Cup together!

Above all, we avoid systematic comparisons, which categorize children by attaching a label to them (you, you are an artist; you, you are an intellectual) and prevent them from fully realizing themselves. Celebrate everyone’s uniqueness.

That’s it, our children are quietly playing together. Rather than slipping away on tiptoe, it’s time to point our noses and congratulate them

By showing them that their behavior generates positive attention, we will have every chance of triggering a nice virtuous circle!