How to Locate 9mobile Offices in Port Harcourt 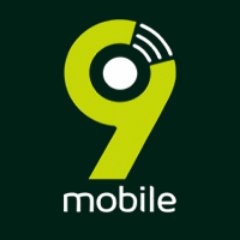 How to Locate 9mobile Offices in Port Harcourt

Among the major network providers in Nigeria is 9mobile. 9mobile is owned by Emerging Markets Telecommunication Services Ltd (EMTS) as a private limited liability company. The company was given approval to operate in Nigeria in 2007 by the Nigerian Communication Commission (NCC). The company was initially trading in Nigeria as Etisalat but ten years after its operation in Nigeria rebranded its ownership, name and logo. In 2017, after an embattled crisis with bank loan reported to have been taken by the company in 2013 from about 13 Nigerian banks – a whooping sum of N 377.4 billion, the United Arab Emirates (UAE) shareholders transferred their 100 percent shares to United Capital Trustees Limited, legal trustees of the banks.

Here is a list of 9mobile offices in Port Harcourt, so find the one closest to you and visit at ease.

previousHOW TO MAINTAIN YOUR STANDING FANS
nextHOW TO BUILD A GOOD RELATIONSHIP WITH YOUR STEP-SIBLING(S)
error: Content is protected !!