How To Develop A Strategy In Chess 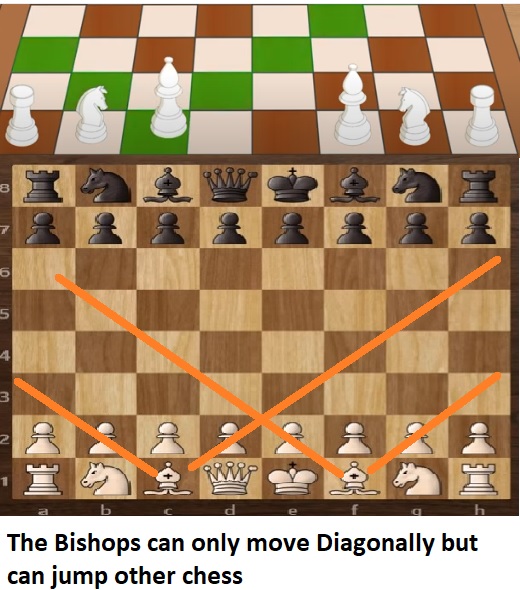 Chess is one of the oldest boardgames known to man. Played by virtually every kind of persons around the world, what a popular game it is! If you want to be a grandmaster, it is not enough to know how to play the game. You must know how to develop strategy in chess.

While it’s exact origins is not documented, earliest findings of chess appears in ancient Indian scrolls revealing information about the board, rules and the general layout. Chess is a strategy game in which the aim is to capture (checkmate) the King such that he can no longer move.

Chess is played internationally and several titles are competed for at different categories and levels. The highest title one can hold is the grandmaster.

Chess takes a lot of wit and brain power and you need to adopt a strategy that suits you. So how do you develop a strategy in chess?

Rules govern everything and the basic thing to know about chess is to master its rules. Before you master strategy and different methods of winning, you must understand how the game is played, legally. Getting familiar with the following terms helps you understand the rules.

A chess board is an rectangular board made of wood or more recently plastic. It contains 64 boxes (eight rows and eight columns) painted in a series of alternating white and black. It is usually divided at the center where an hinge can be placed so as to make the board form a box where the chess pieces can be kept.

Sometimes the board is magnetic so as to hold the pieces in place and prevent them from being knocked over by mistake during play.

The Chess Pieces
There are six chess pieces on a chess board, they are:

Each player as a set of these pieces, most of the time, white and black. So if you are playing with white, all your pieces are white and vise versa.

The Layout And Arrangement

At the beginning of the game each player will have 8 pawns, 2 knights, 2castles, 2 bishops, 1 king and 1 Queen. In all you have sixteen pieces.

The Castles are placed on the end of the board, followed by the bishops, then the knights. The King and the Queen are standing next to each other.

To displace your opponents chess piece, you play into his line of play and replace it right in the box where it was formerly standing. This is the basics of how to play chess, It’s not like checkers where you jump over the piece to displace it.

Unlike other board games such as checkers, every chess piece has a unique movement or pattern. Mastering chess is mastering how to use these movements to break down your opponent’s defenses and capturing his King.

Pawns are the weakest chess pieces. Although there are eight of them, they rarely cause any damage to the opponent. The best news however is that they become a queen (that is so devastating to the opponent) if they could get to the opponent end of the board, yes if.

A pawn can only move forward once. They can move twice though for the first move. They displace other pieces by moving diagonally, that’s the only time the are permitted to move in another direction. By changing direction, they displacing other pieces.

Castle have more power than pawns and thought they don’t become queens, they have more reach and depth than the front row pieces.

A castle can move horizontally and vertically along the length and the breath of the chess board. They can exert their influence over a long range than pawns. They are my favourite pieces.

Bishops are like castle but instead to move in an horizontal or vertical fashion, they move diagonally.

Since the boxes are painted alternatively, they follow diagonally, that means, one bishop of yours stays permanently black boxes whole the other stay on the white.

Bishops also have a wide reach, getting to the end of the board to wreak havoc in just one single move.

They look like horses and just as their name implies they do come in a shining armour. Knights can be very powerful and tricky if you know how to use them. I admit I lost a game in such a ridiculous manner against my friend who had just discovered the power of the knights.

And the Knight is the only piece that can “strike” even if it doesn’t have a clear path. Others cannot attack if another piece is standing in the line of play. This makes them very dangerous. You can keep them at the back of your pawn row using them for sudden attacks.

When they said “Behind every successful man, there is a woman” they were referring to the Chess Queen. This piece is by far the most dangerous and devastating of all the others. With the ability to move in any directions (except the L of the Knights) she so wishes, she is the ultimate weapon of mass destruction of the chess battle field.

The Queen can move vertical, horizontal and diagonally, and it is the last line of defense for the King and the most potential offense.

The total objective of the chess game is to make sure your king is not captured. This can be achieved only if you play the other pieces to protect it. The king is not powerful and can only move one box in every direction. If the King is captured, that is a checkmate.

Like iron sharpens iron, you need to know some strategies before developing your own. It is from these ones you will craft one that suits you. Some common strategies include

This capitalises on your opponent’s mistakes and punished them accordingly. You must wait for an opening and strike.

Its is easy to master
Convenient to play by starters

This involves setting up pieces to attack in a fork formation. The best fork attackers are Knights.

Its an attacking strategy
As a sneaky strategy, it’s difficult to annul.
You can use all your pieces

This is like man marking. You can use one of your pieces to mark your opponents pieces and disturb their movements.

It can disrupt your opponent’s strategies
Freezes pieces out of the game.

It is more a defensive strategy than an attacking one.
Freezing your opponent’s results in less pieces to play.

In a skewer play, you force a valuable piece to move, and at that your opposite leaves a lesser piece vulnerable to attack.

Its an attacking strategy
It is difficult to counter

It can backfire if your opponent is also using a Skewer
Can be catastrophic, if it backfires.

How The Game Can End

Like I said, the major objective is to capture your opponents King but there are also other endings.

A stalemate occurs when both players play a draw and the game is stopped.

This is a possibility when one player has lost two many pieces and lost hope for a come back. Many international matches end this way.

Are you fascinated by what you just read? Do you want to learn how to play chess too? Know how to develop a strategy in chess. Get a chess board and start learning. It doesn’t take away anything from you, no knowledge is lost.