How to Control Your Parents Tantrums 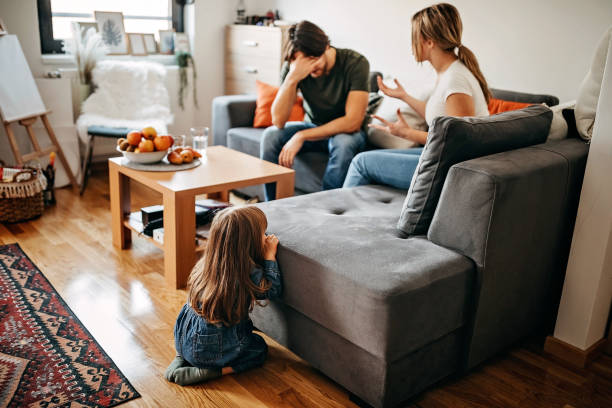 All parents, at one time or another, have to deal with an angry child. Whether crises are recurrent or temporary, they are rarely easy to manage and always occur at the right time.

According to pediatrician Catherine Gueguen, between the ages of 1 and 3, the brain is immature and unable to control emotions.

Becoming aware of this changes (almost) everything! Seeing my daughter stamping and screaming will remain painful.

But knowing that she is simply overwhelmed by an emotional overflow will help me analyze the situation more calmly: she reacts with the means at hand, and these are still limited. Let’s start by trying to calm her down.

Here are some tips that can help you guide your little ones, while keeping your calm yourself!

1. Keep calm and don’t pay too much attention to tantrums

When their children lose their temper, many parents tend to lose patience themselves.

This is completely normal, since mood swings often occur during more sensitive times of the day or week, when the child (like his parents!) is tired or on edge.

When the crisis occurs, take a step back, change rooms in the house, continue with your usual activities and give the child as little attention as possible.

2. Help him name the emotion he feels

The smaller the child, the fewer words he has to express what he feels. A great load of anger can overwhelm the little one who tries repeatedly to make himself understood or to send a message, without success.

When he has calmed down or is in the process of doing so, you can help him put his frustration into words. “Are you mad because you can’t finish your puzzle?”

“Your brother took away your toy and you didn’t like it? It is by learning to identify and name the sources of his frustration that the child will come, with practice, to better identify and communicate them.

3. Teach him to express his frustration with words, not gestures.

Very often upset by his own emotions of anger, the child will sometimes tend to hit or throw objects.

Make it very clear to him that you will not accept any violent gesture from him, and if he persists, make him understand that his gestures will have consequences (punishment, loss of privilege). If he knows you’re letting any aggressive gestures slip by, he’s likely to repeat them rather than try to calm down to get what he wants.

4. Teach him to recognize warning signs of anger

To learn how to manage your anger, you must first recognize that you are angry.

Whether they are physical, psychological or behavioral, several signs can alert your child to the anger that is rising in him and by learning to identify and recognize them, he will be able, with learning to speak, to verbalize them. rather than letting them invade it.

5. Teach him how to calm down

Once your child has learned to recognize the warning signs of anger, you can then show him simple tricks that will help him calm down, or at least control it.

Depending on his age, you can guide him by teaching him basic techniques for relaxation (there are relaxation discs for children), breathing, concentration or ways to let off steam in a healthy way (a “battle” of balls of snow or the fact of drawing and putting on paper his anger, for example).

Using these methods will allow him to get out of the negative emotion so that he can move on more quickly.

Sometimes the child interprets certain outward gestures or behavior as hostile to him, which can cause unfounded anger.

If he is old enough to explain what provoked this reaction in him, it is good to come back to it by helping him to identify the real causes of his anger, rather than the apparent causes (“you are angry because that you lost your soccer match and not because I forbade you to watch TV before supper?”

In this way, he learns to circumscribe the real bases of his crises, which allows him to rationalize them and to act on them when the real causes reappear.

While ignoring your child’s tantrums, point out the behaviors you appreciate. If you see that he’s about to throw a tantrum but has managed to control himself, praise him and give him your full attention.

8. Intervene and keep in touch after the crisis

Even if you have punished your child during the crisis, it is important to return to him when he has calmed down, in order to show him that he remains a being worthy of attention, and that his anger does not make him less friendly.

By explaining to him that it is not him, but his behavior that you disapprove of, he will avoid devaluing himself while understanding that it is in his interest to behave in a more acceptable way if he wants to avoid finding himself withdrawn again. .

9. Teach him to show emotional reactions in a more acceptable form than temper tantrums.

Your child may react with a temper tantrum whenever he gets angry, frustrated, irritated or upset about something or someone.

It is therefore necessary to teach him to have more acceptable reactions. Take the necessary measures to prevent him from committing an aggressive act, for example, snatching a toy from a friend.

Put your arm around him and explain that you understand his reaction to the situation. Say things like, “I know you’re upset that you don’t have that toy. »

Preschoolers become increasingly independent as they grow and should be given opportunities to assert that independence. A child will be less likely to react with a tantrum if he is given the opportunity to fend for himself to meet certain needs.

It’s normal for a toddler or a small child to be angry but shouting at him never works. You should try to understand your child in order to always keep him or her in control.

previousHow To Prevent & Cure Your Mac Book of Viruses
nextHOW TO SUBSCRIBE TO GoTV ON PHONE
error: Content is protected !!