Facebook has become a leading social media platform with millions of users everyday sharing and posting data to friends and other users within the platform. It offers quite a good experience especially combating loneliness and keeping us busy and connected with old friends.

The features incorporated into Facebook have given every account user optimum control of their account especially on deciding what shows on the user timeline, who tags the user, comment editing and deleting posts sharing disability, and lots more.

Among all the features included on the platform the “Blocking” and “Unblocking” features make it easy to remove any unpleasant/annoying friend or individual and make it practically impossible to reach your account again with the same Facebook account. Except if the person you blocked is using two different Facebook accounts otherwise the possibility of seeing you on Facebook after blocking action has been carried out on the account is zero. Blocking action has helped some users to gain control of their account as well as regain the fun time available when using Facebook with pleasant people, therefore it has no negative or tangible negative impact on the account owner.

One good thing is that you can still unblock the account you once blocked whenever you feel like it. This is another good thing. In other words, blocking someone on a Facebook account does not mean that they can never be your friend forever or they cannot contact you on Facebook forever, such will be your entire decision to make. You can block someone and later forgive the person and decide to unblock the person later.

Though blocking may be easy, the unblocking may not easy for a novice meanwhile the both actions follow the same procedures. You are reading this post possibly because you want to unblock someone in your Facebook account but do not know how to go about it, if that is true then you are reading the right post. 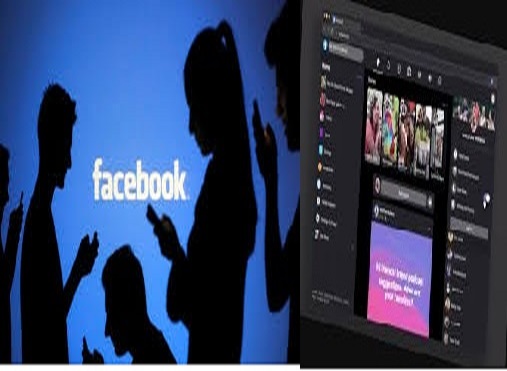 Click on the top right section of your Facebook dashboard (the button with 3 horizontal lines), list of items will show including your profile picture and pages you created, and groups you joined. Scroll downwards to locate the “Settings” button.

Under the “Settings” in the left column click on the “Blocking” button to reveal options under it.

In the list of options under ‘Blocking’ select “Block Users”, this button will open the list of people you have blocked.

To unblock any of the people you have blocked just click on the “Unblock” button next to the name of the person you want to unblock.

The next action is to click the “Confirm” button to complete the action. On this is done correctly you have successfully unblocked the person’s Facebook account.

THINGS YOU MUST CONSIDER BEFORE BLOCKING OR UNBLOCKING SOMEONE ON FACEBOOK

Someone you blocked on Facebook may not know immediately because no message or notification will be sent to the account in that regard, however, the person can find out about the blocking when trying to access you on Facebook because your profile will not be able to show up. Another way of finding out is that the chats both of you had will be cleared or inaccessible. And that will not be restored even after the unblocking has been done on the account.

With all this knowledge, you can now see why you should not be in a hurry to block or unblock someone in your Facebook account.

previousHOW TO FREE YOURSELF FROM TOXIC PERSONS
nextHOW TO TREAT MENSTRUAL CRAMPS
error: Content is protected !!