How to Encourage Girl Child Education in Nigeria

Girl child education, also known as female education, is a term that encompasses a complex set of issues and debates surrounding education for girls and women. It includes areas of gender equality and access to education.
Education is a fundamental human right that should be available to all citizens irrespective of age, gender and nationality (Even the UDHR(1948) supports this statement).

The native traditional philosophy in Nigeria is that a woman’s place is in her husband’s kitchen and her primary role centers on her home, this belief has kept many girls away from education, which in turn depreciates the country’s economy.

The Importance of Girl Child Education 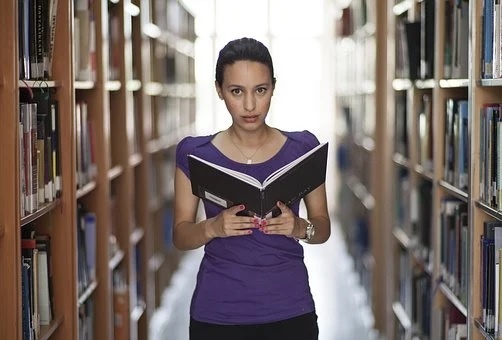 Educating the girl child has different benefits both to the economy and the country at large. These benefits could be summarized as follows:
1) It translates to better health for the future generation, reduction in child morbidity and mortality.
2) Girl child education also prepares girls to face the reality in society and teaches them to be good wives and mothers.
3) Girl child education increases productivity in women hereby promoting economic growth.
4) Girls’ education helps to reduce population growth by making women have fewer pregnancies.
5) Girl child education promotes reduced infection rates for HIV/AIDS and Malaria by making women use bed nets and giving them information about HIV/AIDS through awareness campaigns.
6) Girl child education leads to fewer girls engaging in child marriages because girls who are educated are less likely to be married as children.
7) Girl child education makes girls grow into women and have more control over their lives.
8) Education helps women to gain the skills needed to take on leadership roles at local and national levels.
Problems Encountered In Girl Child Education
During the implementation of successful girl child education, girls and women face some problems that impede them from successfully being educated. These problems could be summarized as follows:
1) Poverty and child labor.
2) Caring for relatives that are either ill or incapable of taking care of themselves.
3) Water and Sanitation: Due to inadequate water, sanitation and hygiene facilities, poor girls can spend approximately six hours each day collecting water hereby leaving little time for school.
4) Child marriage.
5) Pregnancy.
6) Disability.
7) Small jobs/Prostitution done by girls from poor families to provide for their sick parents or siblings and family members.
8) Violence against women and gender inequality in the society.

1) Nigeria– Ngozi Okonjo-Iweala; is a 66-year old economist who was Nigeria’s first female finance minister (and it’s longest serving) and spent 25 years working for the World Bank. She sits on the boards of Twitter and Gavi, the vaccine alliance, and is poised to become the first female Director General (Head) of the World Trade Organization. It is for these reasons and more, that Forbes Africa named her its African Person Of The Year 2020.
2) United States– Pearlena Igbokwe; 53-year-old media executive who is the Chairman of Universal Studio Group which is a division of NBC Universal. She is not only the first “Nigerian” to head a major US television studio, but also the first African-American female to assume the position. She took over from Indian-American, Bela Bajaria. She is also responsible for NBC Universal’s three powerhouse studios namely:
(a) Universal Television
(b) Universal Content and Productions and
(c) NBC Universal International Studios.
Other notable female Nigerian names (or as they are called- lionesses of Africa) to mention are:
Mo Abudu, Tara Fela Durotoye, Uche Pedro, Folorunsho Alakija, Linda Ikeji, and Chimamanda Ngozi Adichie, etc. who are very successful and educated Nigerian female entrepreneurs.
These illustrations are to support my statement that: “Girl Child Education In Nigeria Is Very Important And Must Be Taken Seriously”.

previousHOW TO REMAIN FOCUSED AND ACHIEVE YOUR GOALS
nextHOW TO DISINFECT YOUR PHONES AND TABLETS
error: Content is protected !!